An Alternate History in VR 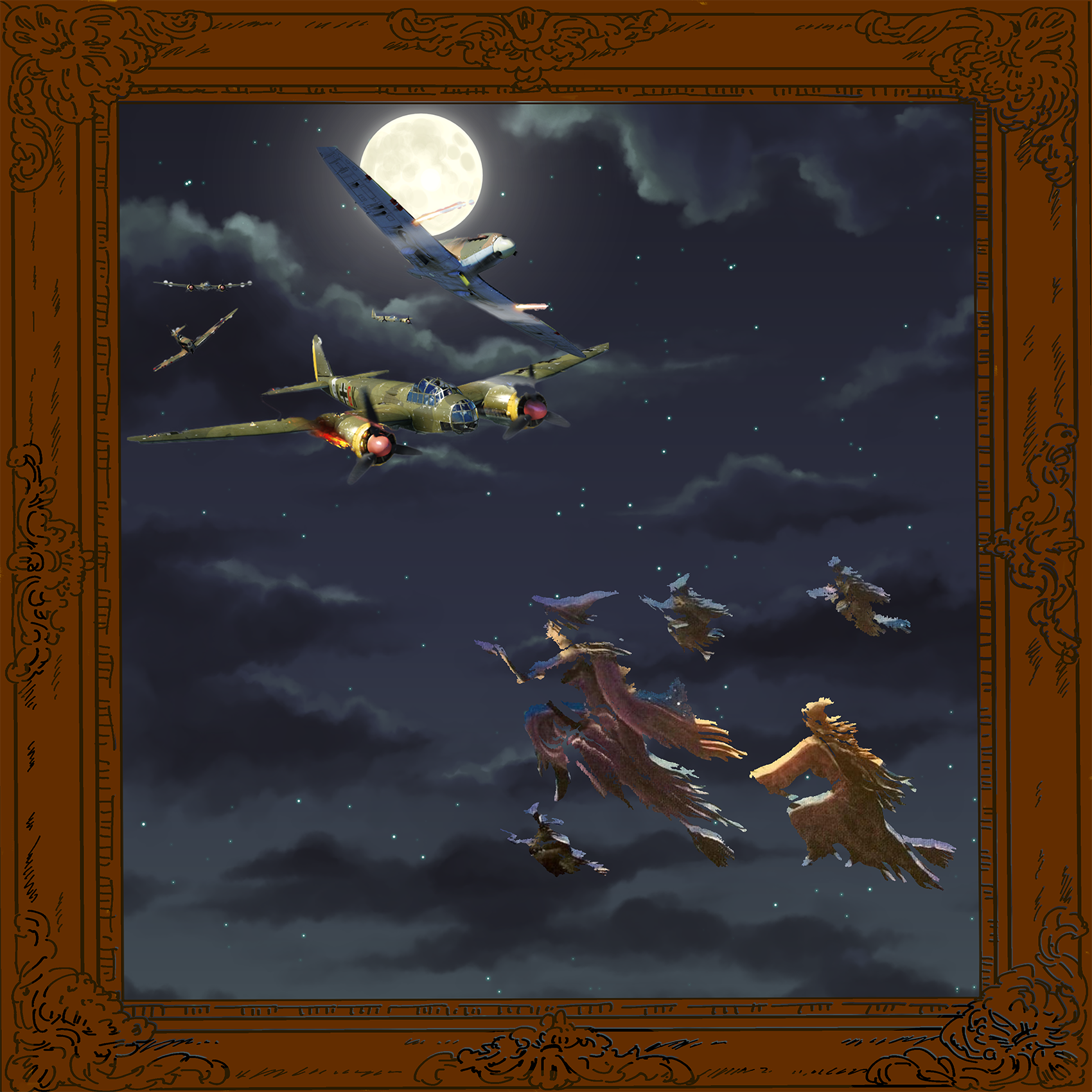 In the actual battle, Queen Boudica's troops greatly outnumbered the Roman army led by General Suetonius. However the superior discipline of the Roman army won the day. The Romans were in Britain to stay and when the Roman empire turned Christian, so did Britain. Now suppose Boudica had defeated Suetonius that fateful day in England during the first century AD. Maybe instead of fighting as highly crazed but highly disorganized "berserkers", the hoard self-organized into a giant killing machine slaughtering Suetonius and every last one of his solders.

Nero, already on the edge about pulling out of the British Isles, decided England wasn't worth it and so the diversified pagan tribes never became Christian and developed a technology based mostly on magic rather than machines.

Fast forward to the 20th century, September 7th, 1940 to be precise. In the real history the Luftwaffe started a bombing campaign against London and other targets that continued on for 56 of the next 57 nights. But the superior planes of the RAF, the skills of their pilots, and the resolve of the British people finally forced Hitler to call off the attack. In our alternate history, the Brits went on to become powerful witches and wizards, but is their magic powerful enough to stand up to the mighty Nazi Luftwaffe? Play Witches vs Nazis and find out.

You can play as a witch, wizard, or, if you're feeling evil enough, a Luftwaffe pilot.

Witches can fly on a broomstick and cast spells of air, earth, fire, or water. They are the equivalent of RAF fighter pilots. Brooms can fly in 3 dimensions and are mostly exempt from the laws of physics with regard to G-Force and momentum. Flying itself is pretty simple, just point the broom in the direction you want to go and go. But it takes magical energy (mana) to not only fly but to also maintain the magical bubble protecting you from both the environment and the g-forces.

A witch has plenty of spells in her arsenal including fire balls (fire), ice balls (water - fire), earth shields(earth), and fog (air + water). Witches can earn additional spells as well as increase their elemental magic abilities. Witches vs Nazis features a unique magic system that combines elemental magics (air, earth, fire, and water) to create an unimaginable variety of spells, each with its own cost and effects spectrum. Players can create their own spells with the Spell Crafter add-on.

Wizards are the equivalent of ground troops or anti-aircraft if you like. A wizard is limited to ground movement but has the same magical abilities and can cast the same spells as his witch counterpart. A wizard can also summon supernatural creatures such as gremlins to confuse enemy pilots, or, if powerful enough, a dragon to engulf enemy planes in its fiery breath. Playing as a wizard allows players subject to motion sickness to enjoy Witches vs Nazis as flying on a broom at speeds of several miles per hour with no physical constraints is pretty intense. Plus, controlling creatures and causing chaos is fun in its own right.

You can also play as a Luftwaffe pilot, flying either a Messerschmitt Bf 109, a fighter, or a Junkers Ju 88, a bomber. You are limited to what's aeuronautically possible but you've got machine guns and bombs which are a bit less ephemeral and more damaging than magic. Or they? Those @#$%!~ witches are even harder to hit than foo fighters!